Bicameralism: What is it Good For? 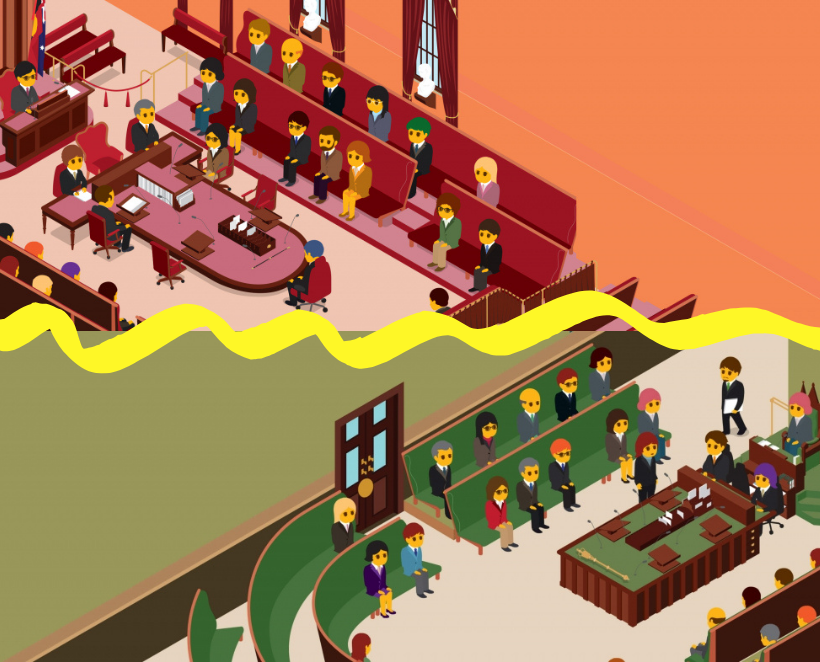 Firstly, let’s start with the main functions of parliaments:

In New South Wales, it takes two houses to achieve all these things. The New South Wales Parliament is a bicameral Parliament, unlike Queensland, the Australian Capital Territory and the Northern Territory, which are unicameral.

What do we mean by ‘bicameral’?

Did you know the English word ‘chamber’, or ‘room’, comes from the Latin word ‘camera’?

‘Bicameral’ literally means ‘two rooms’. In this case, a parliament or legislature that is made up of two separate houses or ‘chambers’. The two chambers are the Legislative Assembly, or Lower House, and the Legislative Council, or Upper House.

The basic rationale for two parliamentary chambers is to avoid the concentration of power in a single body and to avoid the risk of a misuse of powers. Dividing power between two legislative chambers of broadly equal status safeguards against a single chamber taking extreme or excessive measures which may lack broad community support.

Having two chambers also ensures that the Parliament can properly perform its role of holding the government to account and checking or restraining the use of government power.

A single chamber is unlikely to be able to act as an effective restraint as the majority of its members will be representatives of the government party who vote as the government dictates. A second chamber with broadly equal powers to the first provides a more effective check on government conduct.

A bicameral Parliament means a bill must be reviewed and passed by both houses before it can become a law.

Generally speaking, the Lower House has 93 members of Parliament (MPs), representing 93 electorates. It is in this chamber where government is formed from the party with a majority after an election. The leader of that party in the Legislative Assembly becomes the Premier. Members are elected every four years and government can change every four years.

There are 42 members of the Legislative Council (MLCs) who are elected for eight years each, representing the whole state of New South Wales. Every four years at the state election, 21 members are elected, half the number of the chamber. Due to the optional preferential proportional representation voting system in the Upper House, there has not been a majority in the chamber since 1988. It ensures there is more political diversity than the lower house.

It is the Upper House that is often credited with keeping the Lower House accountable, by debating bills, reviewing legislation, inquiring into issues through the committee system including the annual Budget Estimates inquiries, ordering the Government to table state papers in the house, and questioning Ministers at Question Time.